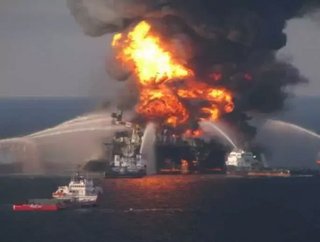 Transocean Deepwater Inc., owner of the Deepwater Horizon rig that exploded and caused the 2010 Gulf oil spill, pleaded guilty Thursday to a misdemean...

Transocean Deepwater Inc., owner of the Deepwater Horizon rig that exploded and caused the 2010 Gulf oil spill, pleaded guilty Thursday to a misdemeanor charge and fine of $400 million in criminal penalties.

Last month, the oil driller pleaded guilty to the misdemeanor charge and to pay $1 billion in civil penalties in addition to the criminal penalties charged today. That plea is still pending for approval. Combined, the penalties represent the second largest recovery in an environment case, following the $4-billion sentence imposed on BP for the incident.

The majority of the $1.4 billion from Transocean will go towards environmental-restoration projects and spill-prevention research and training.

“Transocean’s guilty plea and sentencing are the latest steps in the department’s ongoing efforts to seek justice on behalf of the victims of the Deepwater Horizon disaster,” said Atty. Gen. Eric Holder in a prepared statement. “Most of the $400-million criminal recovery -- one of the largest for an environmental crime in U.S. history -- will go toward protecting, restoring and rebuilding the Gulf Coast region.”

Since the incident, BP has paid over $24 billion on various settlements and cleanup efforts. Although its stock fell drastically after the accident, it has recovered by more than 40 percent since. The company continues to contend that the spill was in part the fault of its two contractors: Transocean and Halliburton.