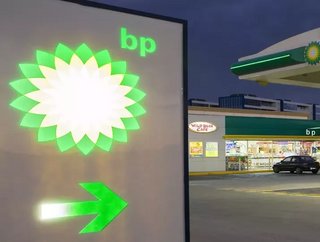 In today’s current business climate, if you aren’t aligning your goals with emissions-focused targets and renewable energy transformations, it’s fair to say that you may just be lagging behind in the global sustainability movement. So BP’s attempt at revamping its oil and gas image to aim for renewable energy alternatives, while noble, has so far only led the company down a path of financial crisis.

Despite its good intentions, BP’s renewable energy endeavours look less than favourable. Its transition from fossil-fuel-focused company to clean energy cheerleader is being flagged as too fast by Ron Bousso, a reporter for Reuters, and its dipping oil demand could leave it struggling in the period of transition to generating suitable renewable profits.

BP targets renewable alternatives but is faced with financial repercussions

Of course, credit where credit is due; the company was among the first in Europe to commit to a 2050 net-zero energy deadline, coinciding with Bernard Looney’s appointment as BP’s new Chief Executive Officer. But the company has been rapidly losing money when faced with the cost of production, development, and application of its renewable assets - an example of which would be its electric vehicle charging point developer, BP Pulse.

However, as the world turns towards more sustainable alternatives, with renewable energy at the forefront of revolutionising the decarbonisation of an industry as high polluting as energy, fossil fuels as sources of energy continue to churn out attractive financial gains for corporations that are struggling to justify the cost of a much-needed renewable transformation. And with oil prices rising this year after a slump in profits due to the pandemic, cost is being placed as a short-term priority ahead of sustainability.

Reuters reports that analysts and executives have highlighted BP’s reluctance to diverge from its oil and gas assets as attributable to its caution over failing to make suitable money in the process of transitioning from fossil fuels to renewable alternatives. The proposed 40% cut to oil and gas production before the end of the decade combined with a lack of intercontinental exploration means BP could face devastating financial repercussions before the company is able to make sustainable and maintainable profits from its renewable energy assets.

But the company is supposedly “strictly disciplined” over its choices of renewable energy investment says David Nicholas to Reuters, spokesman for BP. He assures the company is selecting renewable ventures based on their abilities to prove financially viable, thereby ensuring BP is able to continue generating profits and heading towards a renewable future.