Green Hydrogen, a Venture for GEV, Total Eren and Province 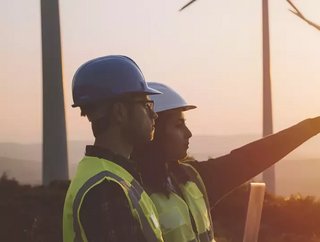 The acquisition of green hydrogen is on the agenda of the Australian energy company, Global Energy Ventures (GEV), which has signed a memorandum of understanding (MoU) with Province Resources and Total Eren to carry out a feasibility study relating to the export of green hydrogen from Western Australia.

In January this year, the company also made a formal agreement with Pacific Hydro Australia Developments Pty, which was a catalyst for the exploration of green hydrogen production, storage, loading, and ground and marine transportation. However, under the current agreement, the consortium will assess the commercial viability of green hydrogen exports for the HyEnergy Project—a study, which GEV will carry out at its own cost.

‘The HyEnergy Project is an ideal green hydrogen export project for our compressed hydrogen shipping solution given its strategic location on the W.A. Gascoyne coastline, within a regional distance to multiple Asian markets with a future requirement for imported hydrogen’, says Martin Carolan, Managing Director and Chief Executive Officer at Global Energy Ventures.

The MoU is currently non-binding and non-exclusive understanding between the organisations that will be valid until the end of 2022.

The group of partners working on the HyEnergy project signed an agreement in April 2021, which has opened up the opportunity for green hydrogen exploration in the Shire of Carnarvon in the Gascoyne region of Western Australia. As a result of the project—which will be developed incrementally and totalling 8GW, Total Eren will own the renewable energy capacity, as well as 50% of assets—and the rest will be owned by Province.

Check out the latest issue of Energy Digital Magazine and subscribe to read the special report on hydrogen in our September issue.