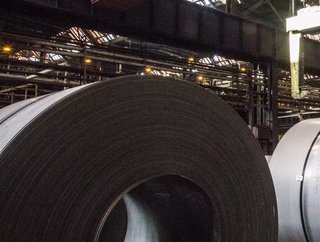 The current global advance in sustainability sees many organisations focusing on harnessing renewable energy for all aspects of their operations, as well as developing their ability to utilise green hydrogen. ArcelorMittal Sestao, a world-leading steel and mining corporation, is devoting a lot of its efforts to doing just that in order to achieve net-zero emissions status.

The company’s Sestao plant in Spain is set to become the world’s first full-scale zero carbon-emissions steel plant. The development of the project was agreed upon as a result of a memorandum of understanding (MoU) signed by the company and the Spanish government, which will involve a €1bn investment into the construction of a green hydrogen direct iron (DRI) plant - at its site in Gijón - and a new hybrid-electric arc furnace (EAF).

How Will ArcelorMittal Decarbonise Its Operations?

The Sestao plant is responsible for the manufacture of a range of flat steel products for the automotive, construction, and other industries. The plans for decarbonisation will result in the production of 1.6 million tonnes of zero carbon-emissions steel but will involve some alterations:

To meet these goals, the company will construct a 2.3 million-tonne green hydrogen DRI unit in Gijón. A feedstock of one million tonnes of DRI will be transported to Sestao to begin the operation of its two EAFs.

The backing received by the national and Basque government’s is an important step for the success of the project, providing funding for the costly transition to carbon-neutrality in steel production. The support from the governments will also enable ArcelorMittal access to a consortium of companies that will be required throughout various stages of green hydrogen implementation, for example, to provide the infrastructure required to produce hydrogen in the Iberian Peninsula using solar-powered electrolysis of multiple large-scale solar projects.

Aside from government and organisational support, ArcelorMittal will invest €50mn in the Sestao plant. The funds will be used to implement new technologies that will provide a great operation advantage for the net-zero plant.

“It is widely understood that for the world to achieve net-zero by 2050, faster progress over the next decade is essential.  Having announced a net-zero target for 2050, we, therefore, set ourselves the challenge to identify how we could take an existing steel plant to zero carbon emissions within the next five years. Our teams have been working incredibly hard to turn this ambition into the plan that we have announced today. This is a hugely significant development and demonstrates the strength of innovation embedded in our people, our unparalleled technology leadership, and what can be achieved through investment in existing steelmaking infrastructure. It means ArcelorMittal will be the first company in the world to be in a position to offer its customers meaningful volumes of zero carbon-emissions steel.” - Aditya Mittal, Chief Executive Officer, ArcelorMittal.