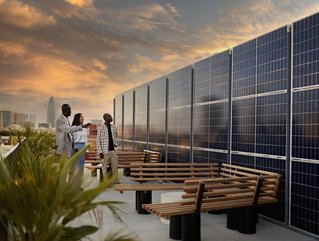 This week, we’ve seen renewable energy expansion across the world from Qatar to Scotland, Australia to Zimbabwe. Solar energy and wind farms are growing

QatarEnergy has announced that its subsidiary, QatarEnergy Renewable Solutions, has awarded an Engineering, Procurement and Construction (EPC) contract for its industrial cities solar power project (IC Solar) to Samsung C&T.

In a statement, QatarEnergy said the contract covers two large-scale photovoltaic (PV) solar plants to be built in Mesaieed Industrial City (MIC) and Ras Laffan Industrial City (RLIC). The plants are expected to start electricity production by the end of 2024.

Mainstream Renewable Power, the global renewable energy company, and Ocean Winds, the international company focused on offshore wind energy, have been appointed as the preferred bidder by Crown Estate Scotland, for an area with the potential to host a 1.8 gigawatts (GW) offshore windfarm.

Invictus Energy, the independent upstream oil and gas company listed on the Australian Securities Exchange, has said that it has started drilling its first exploration well in the northern region of Zimbabwe, in partnership with the African country’s government.

Headquartered in Perth, Western Australia, Invictus has offices in Harare, Zimbabwe where it is opening one of the last untested large frontier rift basins in onshore Africa – the Cabora Bassa Basin in Northern Zimbabwe – through a high impact exploration programme.

ACWA Power, the Saudi power generation company, has signed three major energy agreements worth a total of US$12bn, with the Uzbekistani government.

In a statement, the Saudi-based developer, investor, co-owner and operator of a range of power generation assets, said that the agreements include a Heads of Terms agreement for the development of a 1.5GW wind farm in Karakalpakstan – which will be the largest in Central Asia.